Among the prophets of old there were two basic distinctions. The false prophets were usually many, and they most always confirmed what both the leaders and the people wanted in opposition to what God had spoken. This can be seen with 2 Chronicles 18. These were those who were not sent to the people with a message from God, but who prophesied things better for their land than what God intended. Of course, their prophecies will also fail.

But, “Ah, Lord God!” I said, “Look, the prophets are telling them, ‘You will not see the sword nor will you have famine, but I will give you lasting peace in this place.’” Then the Lord said to me, “The prophets are prophesying falsehood in My name. I have neither sent them nor commanded them nor spoken to them; they are prophesying to you a false vision, divination, futility and the deception of their own minds. Therefore thus says the Lord concerning the prophets who are prophesying in My name, although it was not I who sent them—yet they keep saying, ‘There will be no sword or famine in this land’— by sword and famine those prophets shall meet their end! Jeremiah 14:13-15 NASB

So the strongest single characteristic of the false prophet is the preaching of a message that is not from the Lord.

The Lord says in Jeremiah 23, that the prophets did not turn the people from their wickedness.

This not only happened in Israel’s day, but we are told that it will be a sign for the latter days.

Thus says the Lord of hosts, “ Do not listen to the words of the prophets who are prophesying to you. They are leading you into futility; They speak a vision of their own imagination, Not from the mouth of the Lord. “They keep saying to those who despise Me, ‘The Lord has said, “ You will have peace”’; And as for everyone who walks in the stubbornness of his own heart, They say, ‘ Calamity will not come upon you.’ “But who has stood in the council of the Lord, That he should see and hear His word? Who has given heed to His word and listened? “Behold, the storm of the Lord has gone forth in wrath, Even a whirling tempest; It will swirl down on the head of the wicked. “The anger of the Lord will not turn back Until He has performed and carried out the purposes of His heart; In the last days you will clearly understand it. “ I did not send these prophets, But they ran. I did not speak to them, But they prophesied. “But if they had stood in My council, Then they would have announced My words to My people, And would have turned them back from their evil way And from the evil of their deeds. Jeremiah 23:16-22 NASB

There is good reason why the prophets of today do not want the church to be associated with God’s people. For this is as can be seen a last days message for God’s people. Let me ask — are you or are you not God’s people of these last days?

Ask yourself, you who have been given power to become sons of God (John 1), what are you doing with the word of God. Do your ears itch for something better than what you read? When the word is too hard for you do you close your ears and seek for another prophet who speaks to you a more satisfying message.

11 Many false prophets will arise and will mislead many. 12 Because lawlessness is increased, most people’s love will grow cold. 13 But the one who endures to the end, he will be saved. 14 This gospel of the kingdom shall be preached in the whole world as a testimony to all the nations, and then the end will come. Matthew 24:11-14 NASB

Is this the message that you’ve been hearing, or is it a different message than this?

Enduring until the end, is it in the vocabulary of todays prophet.

26 Woe to you when all men speak well of you, for their fathers used to treat the false prophets in the same way. Luke 6:26 NASB

Only if the words of a prophecy teacher come to pass are they then not considered to be a false prophecy teacher. This is why what you believe must be backed by the word of God, and not by speculation surrounding God’s word. Without the support of God’s word in one’s teaching he can easily stray into the realm of falsehood.

These are the questions you must ask of the prophecy teacher:

Why did Jesus in His prayer in John 17, call on the Father for our oneness with His Jewish disciples and their beliefs; and why did Paul call for this same oneness in Ephesians 2; if what Jesus taught His disciples and us through them was a kingdom message intended only for Israel?

Why have those who have had heart circumcision (the new birth) been called the true Jews by Paul?

Why is the gospel of the kingdom preached to the whole world if it is only for the salvation of Israel?

Is there anything stated in the book of Revelation that would imply that this gospel is a different gospel from the gospel that was passed down to us from the Apostles, who were taught by Jesus?

Is there any word from God recorded in Scripture that confirms that the coming 7 year Tribulation is equivalent to God’s wrath that was being stored even during Old Testament Times, but that we of these last days are to understand and yes escape?

Ask yourself and your teachers — How can the Great Tribulation satisfy This wrath of God, which is taught in scripture as being for all men of all generations, who are outside of the body of Christ?

How is it that all men, who will see Resurrection must be in Christ (1 Cor. 15: 21-22); yet, all who are in Christ must be resurrected before the Rapture can occur (1 Thess. 4: 15-16)? Think about this; for it is why a separate gospel has been proclaimed by men, just for Israel, but if Israel cannot be found in Christ, how can they then see resurrection?

This is a message in the “Foundational” series 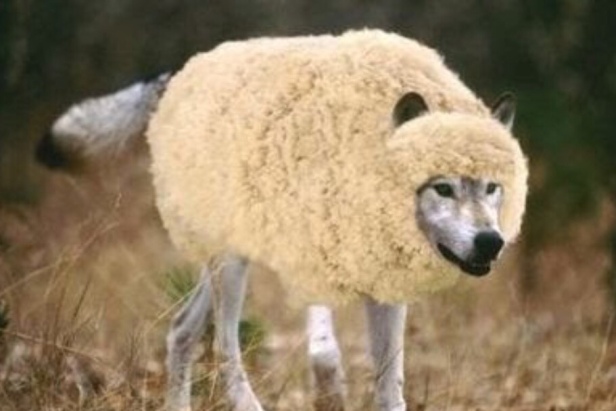 6 thoughts on “What Is The One Set Of Characteristic That Scripturally Will define False Prophecy?”