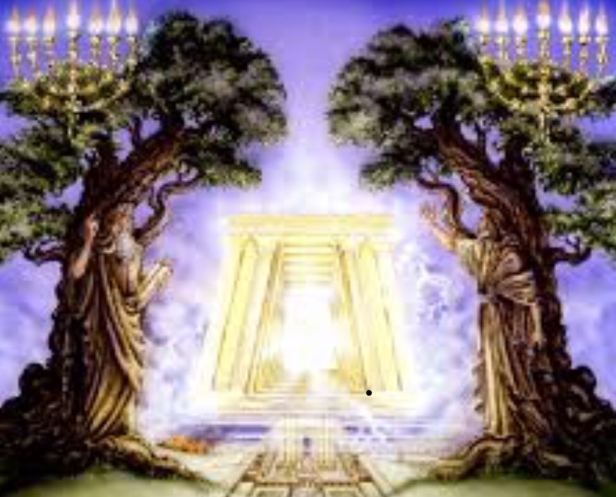 We may be in disarray as a body of believers today, but we do not need to be at odds with the scripture, and we will not always be this way.

Daniel 12:4 But thou, O Daniel, shut up the words, and seal the book, even to the time of the end: many shall run to and fro, and knowledge shall be increased.

Daniel 12:6 And one said to the man clothed in linen, which was upon the waters of the river, How long shall it be to the end of these wonders?

Daniel 12:7 And I heard the man clothed in linen, which was upon the waters of the river, when he held up his right hand and his left hand unto heaven, and sware by him that liveth for ever that it shall be for a time, times, and an half; and when he shall have accomplished to scatter the power of the holy people, all these things shall be finished.

Daniel 12:8 And I heard, but I understood not: then said I, O my Lord, what shall be the end of these things?

Daniel 12:9 And he said, Go thy way, Daniel: for the words are closed up and sealed till the time of the end.

Daniel 12:11 And from the time that the daily sacrifice shall be taken away, and the abomination that maketh desolate set up, there shall be a thousand two hundred and ninety days.

Daniel 12:12 Blessed is he that waiteth, and cometh to the thousand three hundred and five and thirty days.

Daniel 12:13 But go thou thy way till the end be: for thou shalt rest, and stand in thy lot at the end of the days. (KJV)

Interesting that the two witnesses appear in Revelation 11 during the times spoken of above which would bring about the end of days and the understanding spoken of here to the wise. The end of days in fact is the subject and concern of Daniel throughout this above passage and it has as its culmination a definite tie to these days. The two witnesses of Revelation 11, stand during these same days. This is God’s assurance to us as well as to Daniel that His people of those days will have understanding even though Daniel did not have it.

Also of interest is the fact Revelation is a book unto which we are not allowed to add to or take away from, yet how many of our teachers do just that. All one needs do is to read the commentary on this section of Revelation and you will shudder.

Jesus Himself made clear the fact that Elijah is still to come even after John the Baptist was dead and buried, and after Elijah and Moses had met with Him on the Mount of Transfiguration. It was then that Peter James and John put to Him the question concerning Elijah’s role in His coming. Here is Jesus answer:

And He answered and said, “Elijah is coming and will restore all things; 12 but I say to you that Elijah already came, and they did not recognize him, but did to him whatever they wished. So also the Son of Man is going to suffer at their hands.” Matthew 17:11-12 NASB

If after all this, Elijah is then still coming, is it not evident that it will likely be as it is stated in Revelation 11? It appears that Elijah (John the Baptist) set the stage for Jesus’ first coming and he will also set the stage for His second Coming.

One further interesting point. God here promised to Daniel that in these last days when men run to and fro, that His people would have understanding, yet, in the here and now we are running to and fro, and we are all over the place in our teaching as well, as can be seen in the commentaries. So my final point is this. If you are still alive at the beginning of these days, running to and fro, you will not be Raptured, but you will come to understand the meaning of these things spoken here in Daniel. You along with all of God’s people (the wise) will understand; and you will be one with the saints who overcome the one who brings this abomination spoken of, both here, and by Jesus in His Olivet discourse. There will be no more separation of God’s people, for all will know that the time of His coming is near. All of the wise will understand. Jesus prayed in John 17, for this very unity among His people who would believe.

This message is part of the “foundational” series of messages. They are written for your understanding and as a foundation for the other messages recorded here.

3 thoughts on “Does Revelation 11 Tie Into God’s Final Word to Daniel?”