The world loves the progressive movement. That should not be a surprise. There is a Spirit behind the world’s progress. In fact the world at the direction of the Lucificerian spirit has usurped and attempted to turn what once was perceived to be good into evil. Much of what God had given us for good has been usurped. Should you think me wrong I’ll name just a few. The rainbow, given by God as a covenant sign with mankind to never again destroy the earth by flood — is in our day used to light the Empire State Building and has lit up this nations capital in celebration of Gay rights and Homosexual marriage. In that one example three of God’s gifts to us have been stolen: the definition of marriage; the meaning of being gay; and the purpose for the rainbow.

So what about the term progressive has it been turned in a deceptive direction? Today the word “progressive” implies an enlightened view; and takes on an anti-biblical connotation. For example there is an anti-biblical connotation to evolution. Yet God’s truth has come to us through an evolution of progressive revelation. The age of humankind or as we know it creation has been impacted by God over time by God’s administrations (or dispensations) within this age. In each of these administrations of His time He has revealed additional truth. But truth once revealed does not change. Truth cannot change; otherwise it is not truth. It evolves as He reveals it, but it does not change. It rather builds upon itself.

God Himself does not change. He is the truth. Jesus said: I am the truth and the life… So once truth is revealed it will not be undone. It can be further explained, but not undone. Jesus is the only savior to all who believe. Jews and Gentiles are now one in Christ. Those two truths will never be undone. Yet dispensational theology by teaching that the Great Tribulation is not of this age, has done just that. They have attempted to alter the building blocks of revealed truth.

Pretribulational Dispensational theology says that the great Tribulation is of the age to come with its focus being God’s wrath. Yet Daniel was told otherwise:

In the book of Daniel 12:9-13 God’s messenger said, “Go your way, Daniel, for these words are concealed and sealed up until the end time. Many will be purged, purified and refined, but the wicked will act wickedly; and none of the wicked will understand, but those who have insight will understand. From the time that the regular sacrifice is abolished and the abomination of desolation is set up, there will be 1,290 days. How blessed is he who keeps waiting and attains to the 1,335 days! But as for you, go your way to the end; then you will enter into rest and rise again for your allotted portion at the end of the age.”

We are given this same promise. Matthew 28:19-20 Go therefore and make disciples of all the nations, baptizing them in the name of the Father and the Son and the Holy Spirit, teaching them to observe all that I commanded you; and lo, I am with you always, even to the end of the age.”

Mark 13:24-27 “But in those days, after that tribulation, the sun will be darkened and the moon will not give its light, and the stars will be falling from heaven, and the powers that are in the heavens will be shaken. Then they will see the Son of Man coming in clouds with great power and glory. And then He will send forth the angels, and will gather together His elect from the four winds, from the farthest end of the earth to the farthest end of heaven.

Jews were being addressed by Jesus here in answer to their question concerning resurrection. “The” revelation within this passage is that these Jews who would attain to “the” resurrection will be “sons of God”. This is the same status as for you and I in the body of Christ. We who are also included within the Jewish new covenant are one new man. We are the sons of God. We are one with the saints according to Paul in Ephesians. We are the true Jews according to Paul.

The revelation of scripture makes sense. We will be included in the same resurrection. We have been made one in the same covenants and promises. Among those promises is a future resurrection to a kingdom wherein Christ rules as king of Israel. And we as Jesus’ bride are also described as the sons of God and we will rule with Him over a world needing restoration following the present evil age.

Isaiah 54:4-8 speaking to the Jewish nation: “Fear not, for you will not be put to shame; And do not feel humiliated, for you will not be disgraced; But you will forget the shame of your youth, And the reproach of your widowhood you will remember no more. “For your husband is your Maker, Whose name is the Lord of hosts; And your Redeemer is the Holy One of Israel, Who is called the God of all the earth. “For the Lord has called you, Like a wife forsaken and grieved in spirit, Even like a wife of one’s youth when she is rejected,” Says your God. “For a brief moment I forsook you, But with great compassion I will gather you. “In an outburst of anger I hid My face from you for a moment, But with everlasting lovingkindness I will have compassion on you, ”Says the Lord your Redeemer.

So our relationship with the bridegroom is also the same. It is interesting how clear things become when we listen to scripture rather than trying to make it say what we want it to. Here Jesus death in chapter 53, creates for Israel a temporary state of widowhood, which will be forgotten when her bridegroom her creator and redeemer is revealed to her (Hosea 5:15). These passages reveal the triune relationship that we both have —Jews and Gentiles; one with the Father as sons, one with the Son as His bride; and one with the Holy Spirit having been reborn.

AND THEN THE END SHALL COME 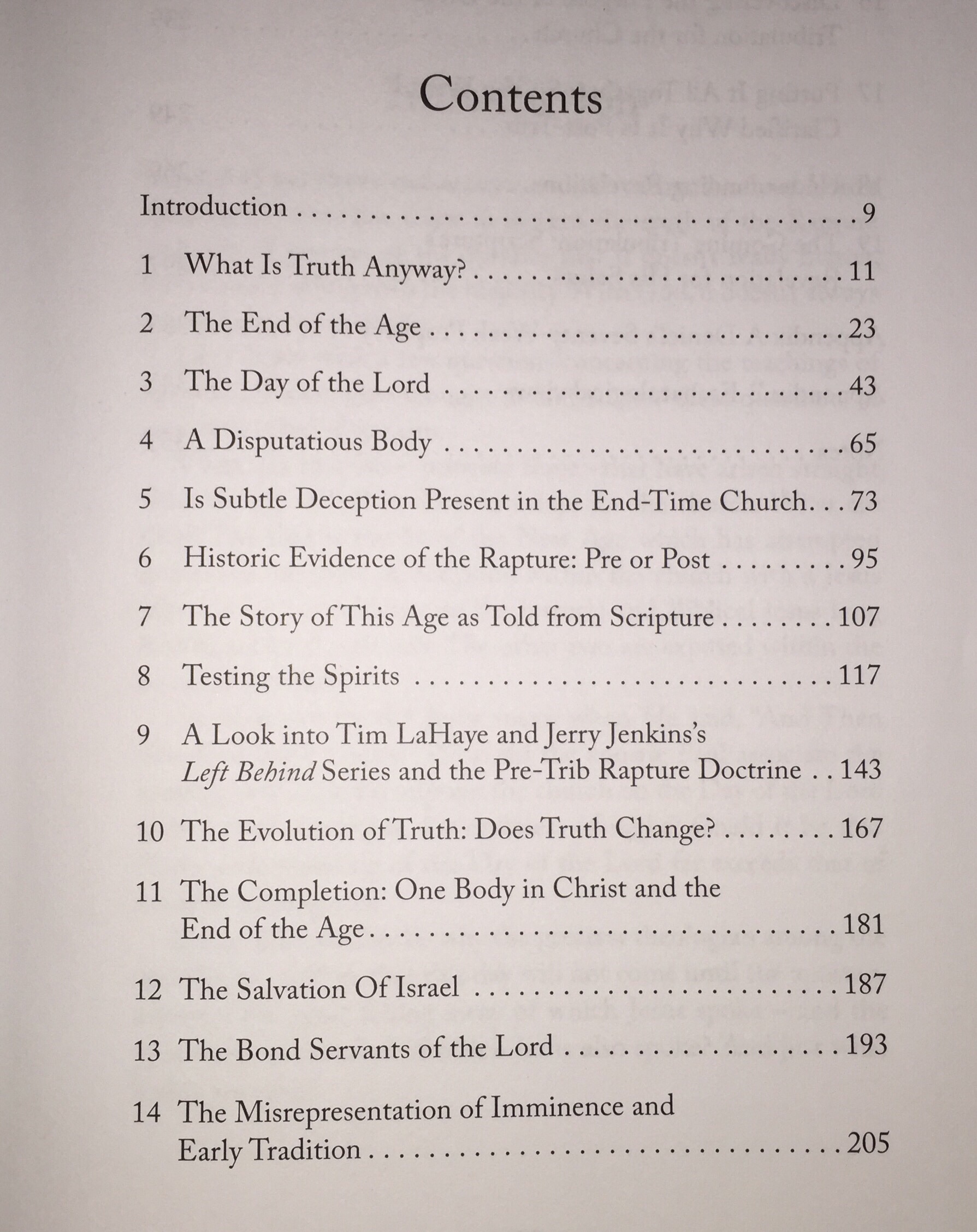 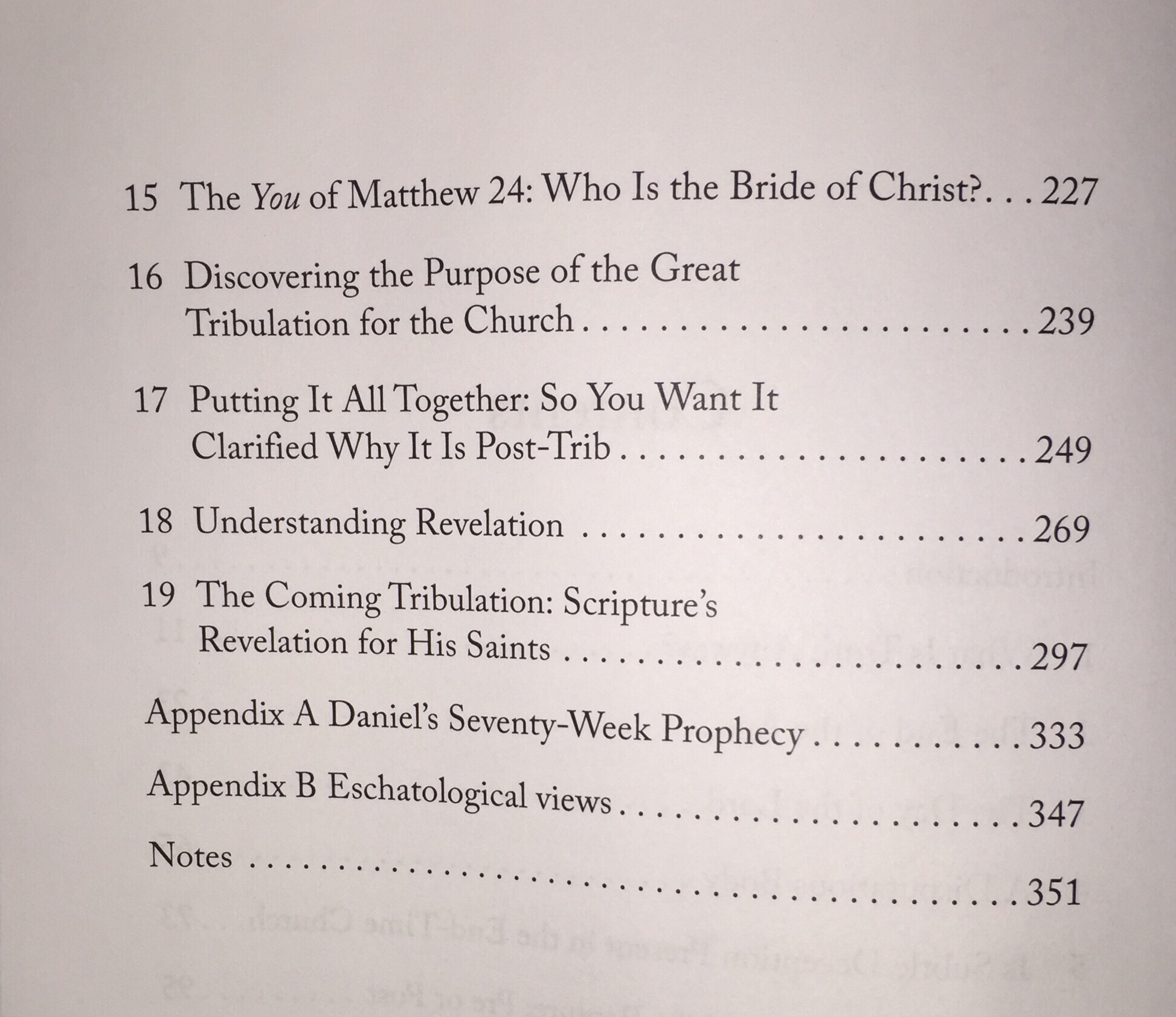 Or, You can go to my website which contains more articles and information.

The book is Available through Amazon and directly from me.