This is a post I am resurrecting on this resurrection week. I had previously posted it in July of 2018.

Professor of Anthropology Professor Israel Hershkovitz, reveals a human heal bone that when discovered was the only human archeological evidence of the crucifixion nail embedded in the bone in existence. It may still be. 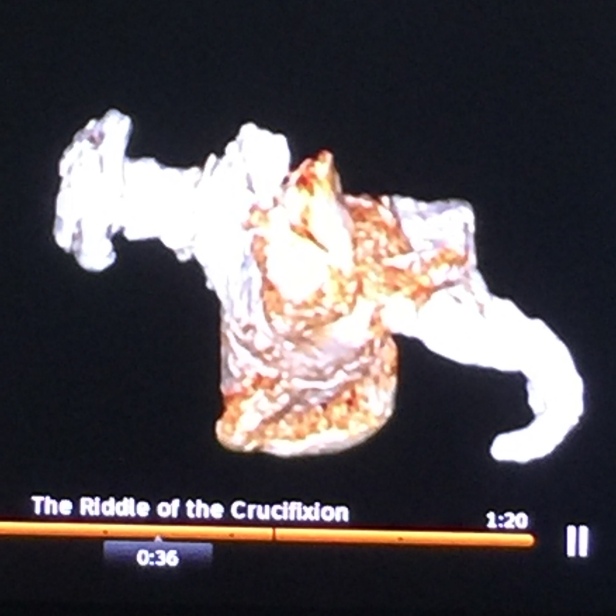 But what the discovery reveals is not what has been traditionally understood and taught concerning Jesus’ crucifixion. According to this evidence Jesus would have been nailed to the cross much differently than we suspected.

Also, in his discovery of the hand bone also discovered with a crucifixion nail embedded, it was learned that the hand was nailed with the nail entering from the back of the hand not through the palm.

Thus the the traditional thinking that the nails pierced the wrist in order to support the upper body is incorrect and really it is perhaps unscriptural. In Isaiah 49, Jesus, the Word, calls our attention to His pierced palms. This of course would have been the case even if the nail entered through the back of the hand. Behold, I have graven thee upon the palms of my hands; thy walls are continually before me. 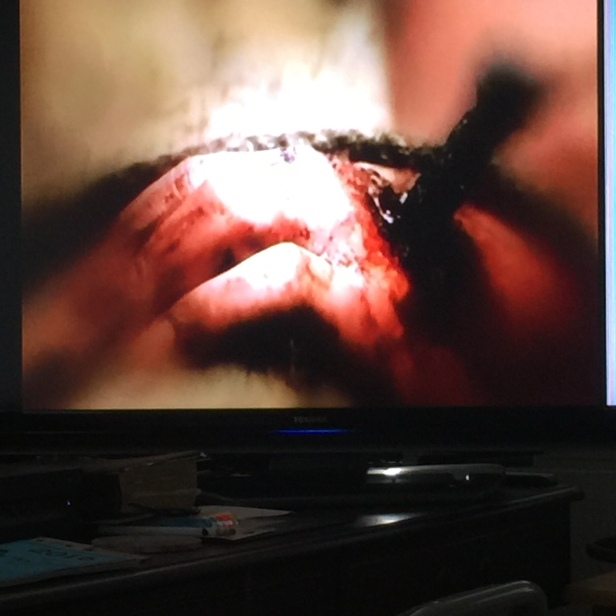 The following photo reveals the probable position of our savior on the cross.

As you examine this you can see that the arms and hands are behind the crossbeam. His feet would be stratal the upright post and nailed to its side. The arms would be above the cross beam in order to lend much more support for the body. The shoulder area would actually be the main support for the body. And one can imagine from the positioning, just how excruciatingly painful that would become over time. The hands which were nailed behind the beam would not support weight as such, but would not allow the victim to readjust from this painful position. The Roman’s objective was to extend the suffering for as long as possible. Jesus death is revealed in scripture as taking about 6 hours. This was much less than the normal time on the Roman cross, which could have been days rather than hours. Dr Hunter does his normal thorough job of explaining the reasons for His more limited time on the cross, based on His prior injuries through the scourging and those sustained when He fell carrying the cross beam on the Via Dolorosa. If you are able to see this documentary, it is well worth viewing.

Photos taken from the NewsMax Documentary, The Riddle of the Crucifixion, with Dr Michael Hunter Forensic Pathologist.