It is becoming more and more obvious that not everything that we consider under the heading of Justice in America is actually Just. Today’s Justice unlike God’s is way out of balance.

Obstruction of Justice is actually a misnomer when men are politically motivated. If one is not being treated justly or equitable under the law, then technically how can one obstruct what is not Justice? Those who do obstruct Justice today will one day stand before Him who knows all, and then Justice will be done.

In the case of the election tampering from Russia, we have two parties, both of whom had contact with Russian citizens and government representatives. Only one party was investigated. Is that Just? Certainly it cannot lead to Justice. What it has led to thus far is deep division. A division that possibly if not probably was Russia’s purpose for interference in our elections in the first place.

What is even more unjust is that the party who is now intent on changing our form of government to some form of socialist government which resembles Russia’s government is the only party not being investigated. Believe me this is not the wayGod’s Justice will work.

If one knows that this type of injustice is being perpetrated against them; then certainly they will behave aggressively in their own defense. If that person is the president of the United States, then I would expect nothing less than what he has done, to have been done. He has promised to uphold the constitution. He is God’s representative. Was he angry? You bet. Would you be angry? Is God angry? 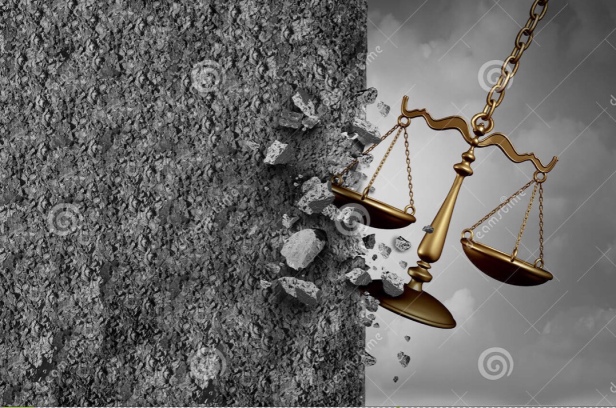 6 thoughts on “Obstruction of Justice — but What Justice”